AN ART FAIR IN A POST-INDUSTRIAL LANDMARK

Since 2012, Le Qu4tre’s art fair in Argenteuil brings together a large diversity of artists to exhibit their work in a place of high industrial architecture interest.

I was a founding member of the non-profit that revived an informal tradition of loft residents opening their doors for pop up art exhibitions. In 2012, we structured the event and put it on the map for arts and architecture lovers in Paris. 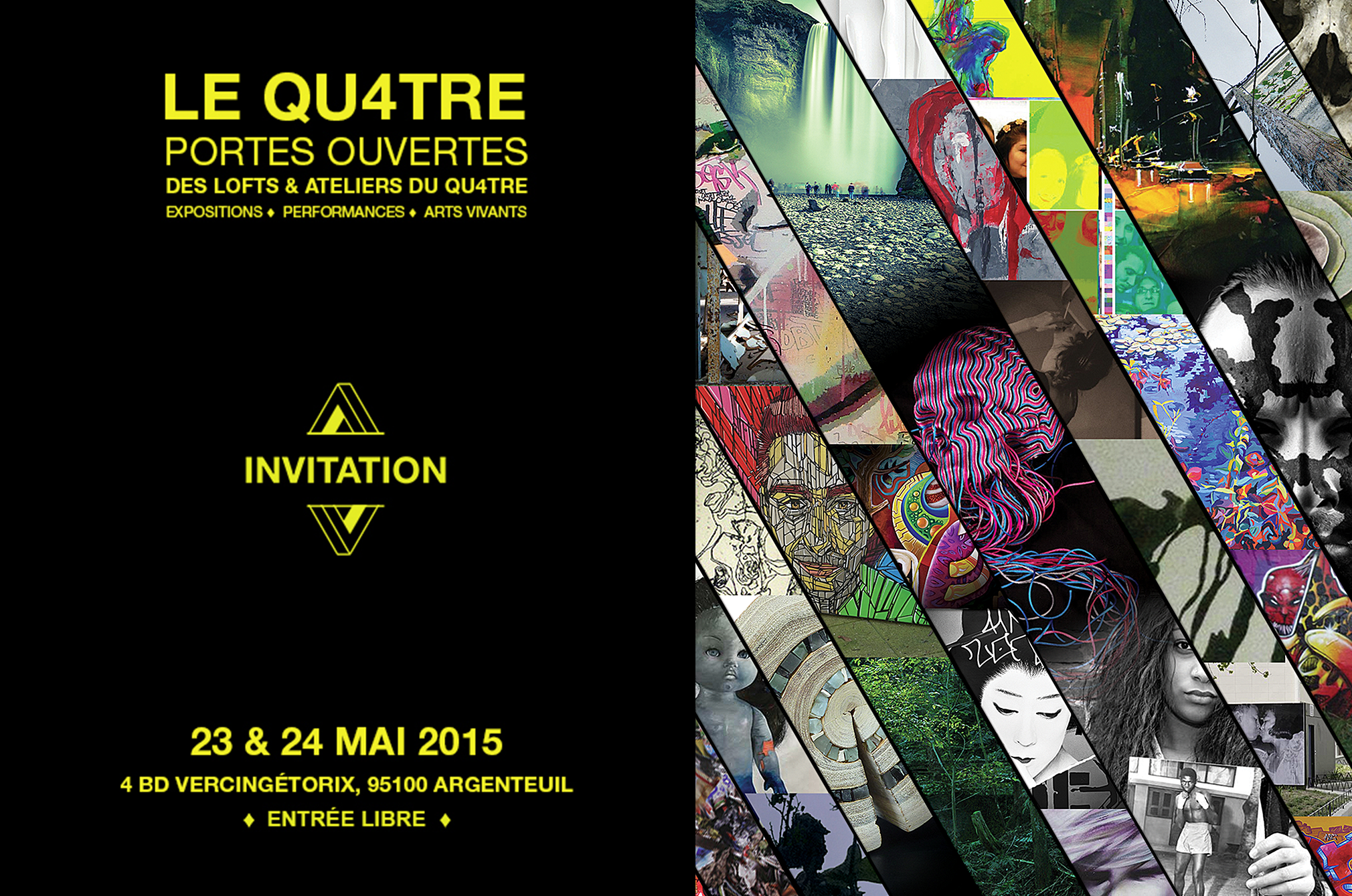 As the festival’s Creative Director I took the lead on designing the event’s brand identity and visual communication, as well as curating digital arts and contemporary graphic design and illustration.

Le Qu4tre’s logo was inspired by a rework of the Penrose triangle as a visual way to bring together arts, architecture and the name of the festival, the number 4 (“Quatre” means “Four” in French) 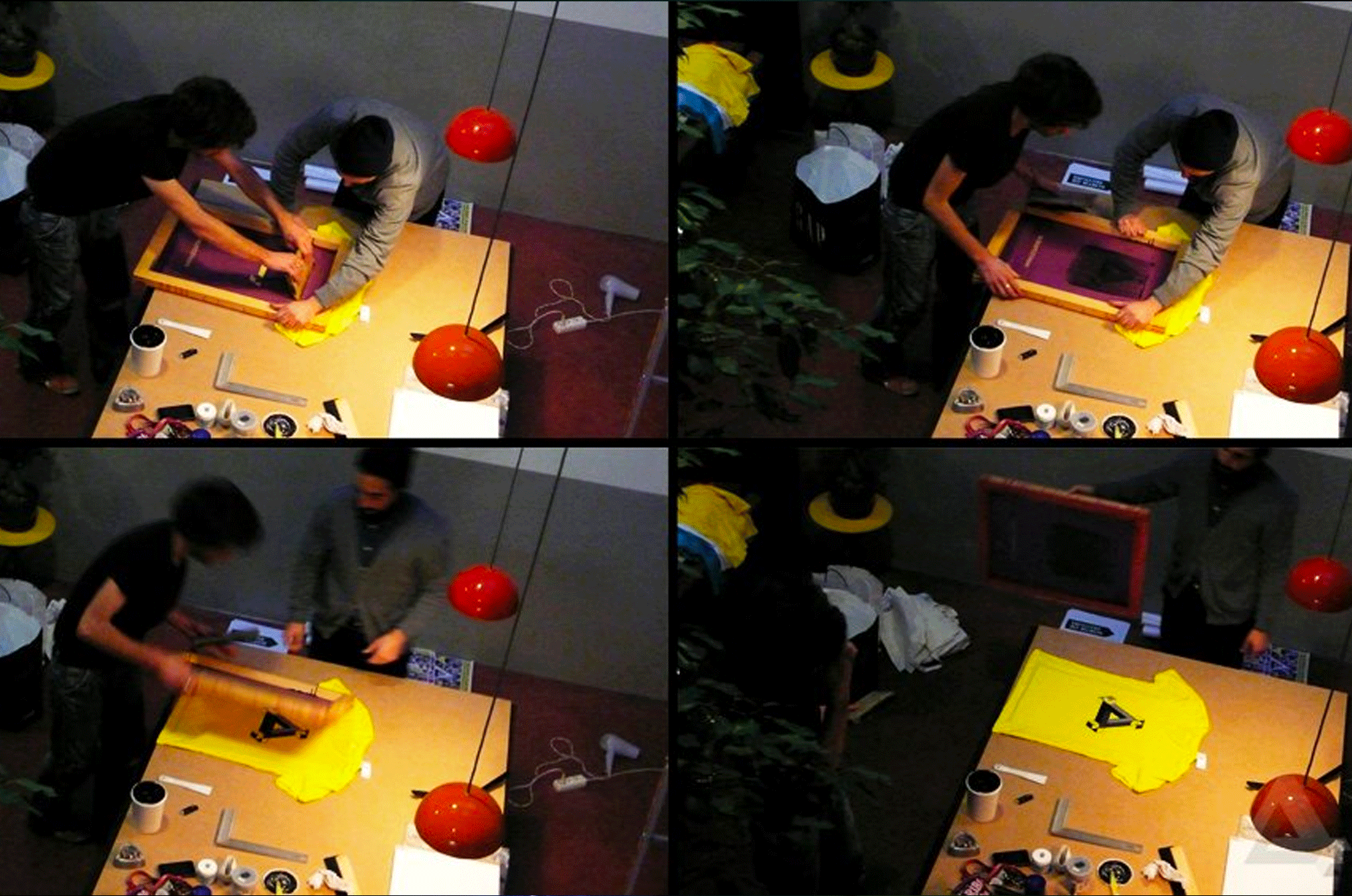 I crafted and screen-printed the logo on dozens of tee-shirts for the staff and artists in residencies. 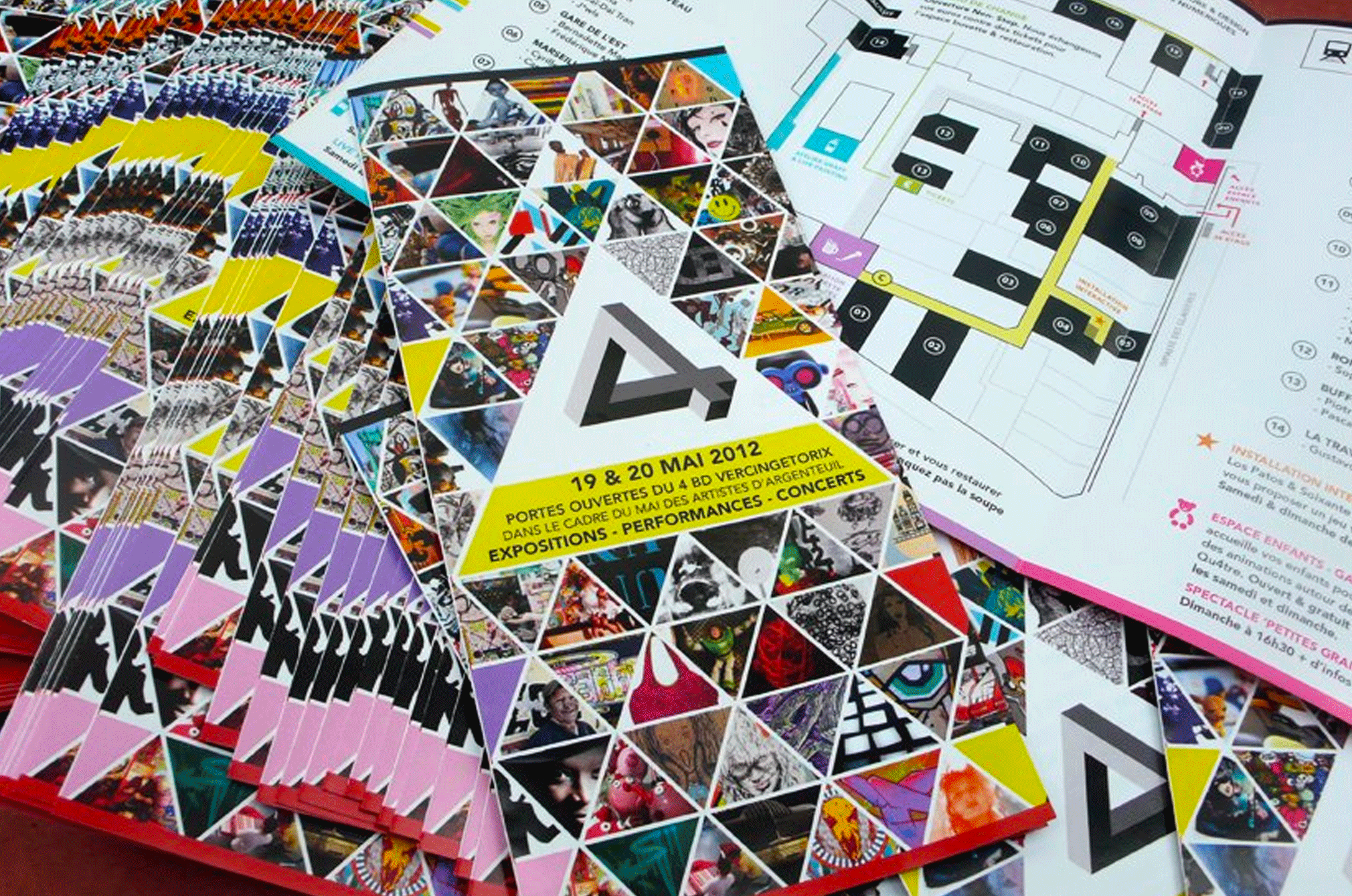 As a reminder of the place’s former dedication to handling merchandise unloaded from freight trains, visitors were handed a train-like ticket which they could get holes punched into at each of the 17 exhibition rooms.

The highlight of the 2012 edition was an interactive installation for which I brought together a duo of creative technologists (Soixante Circuits) with a duo of interactive designers (Los Patos).

Since 2012, the event has successfully generated visits from thousands of art, music and architecture lovers, becoming the main artistic focus for the city of Argenteuil. The Team at le Qu4tre is still organizing this event every year in may.