DESIGNING THE FUTURE OF IN-CAR INTERFACE

Concept car EXALT opened the door to one the first most innovative concepts of Peugeot Brand. Seven Toggle Switches are located on the dashboard, evocative in their design of the world of music. The driver is free to associate Toggle Switches with functions, as desired: access to navigation with a particular switch, vehicle settings with another, etc. 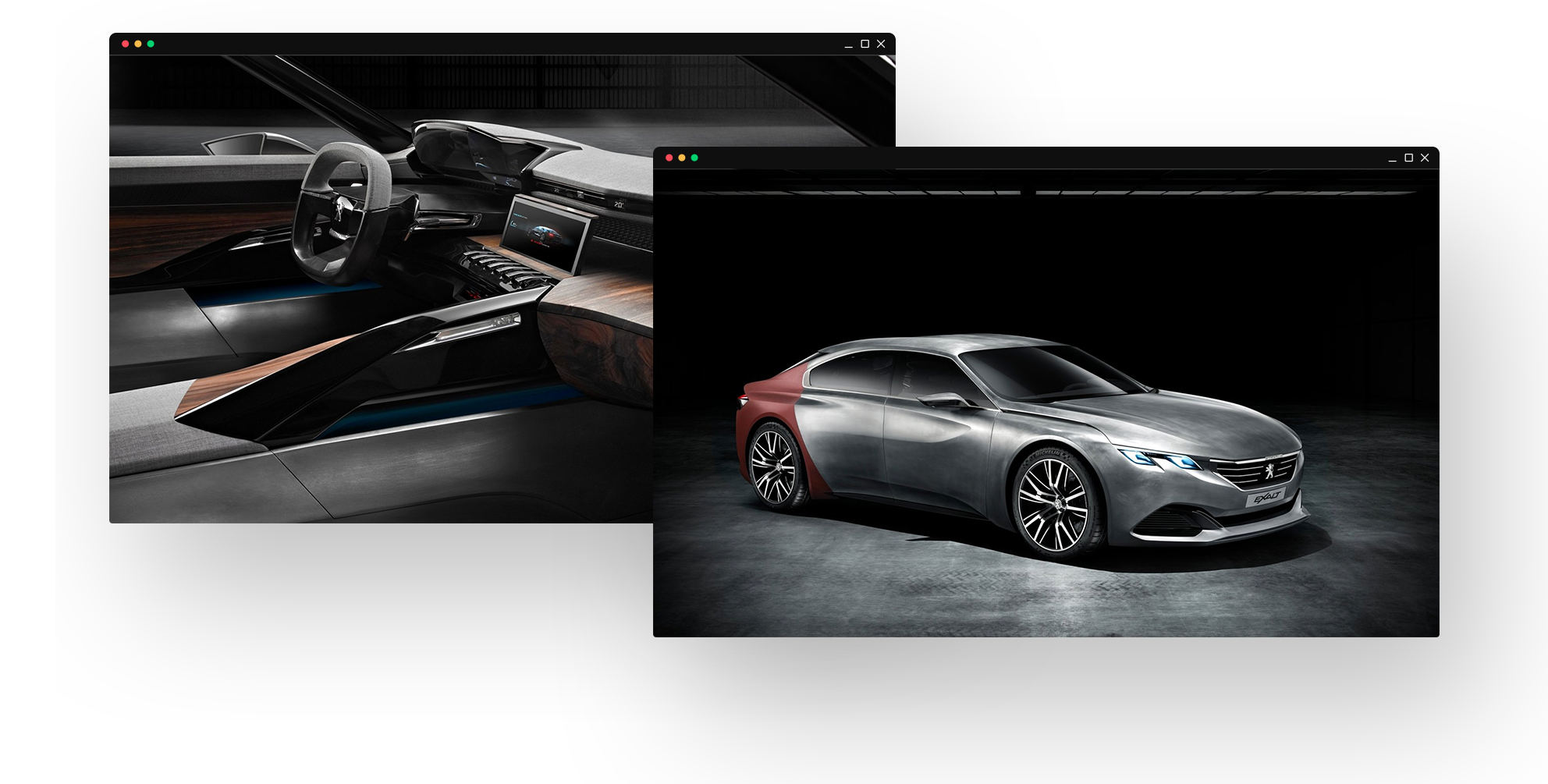 While working inside PSA’s Research & Innovation department, I created the UX, Storyboard and UI design of the two panoramic touch screens of Peugeot’s 2014 concept car EXALT and lead a team of motion designers in bringing those concepts to life for the 2014 international automotive fair in Paris,for the concept car world premiere. 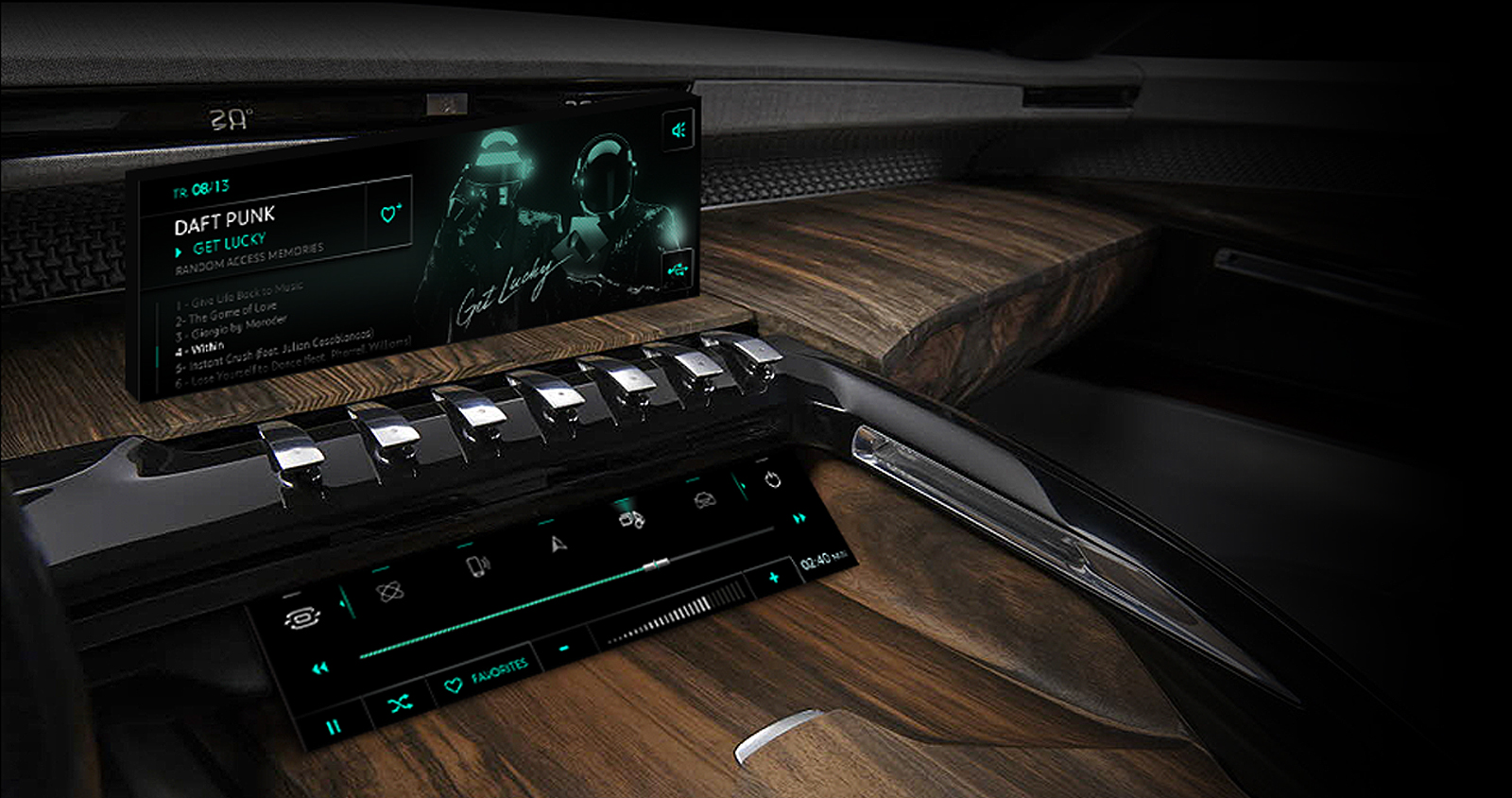 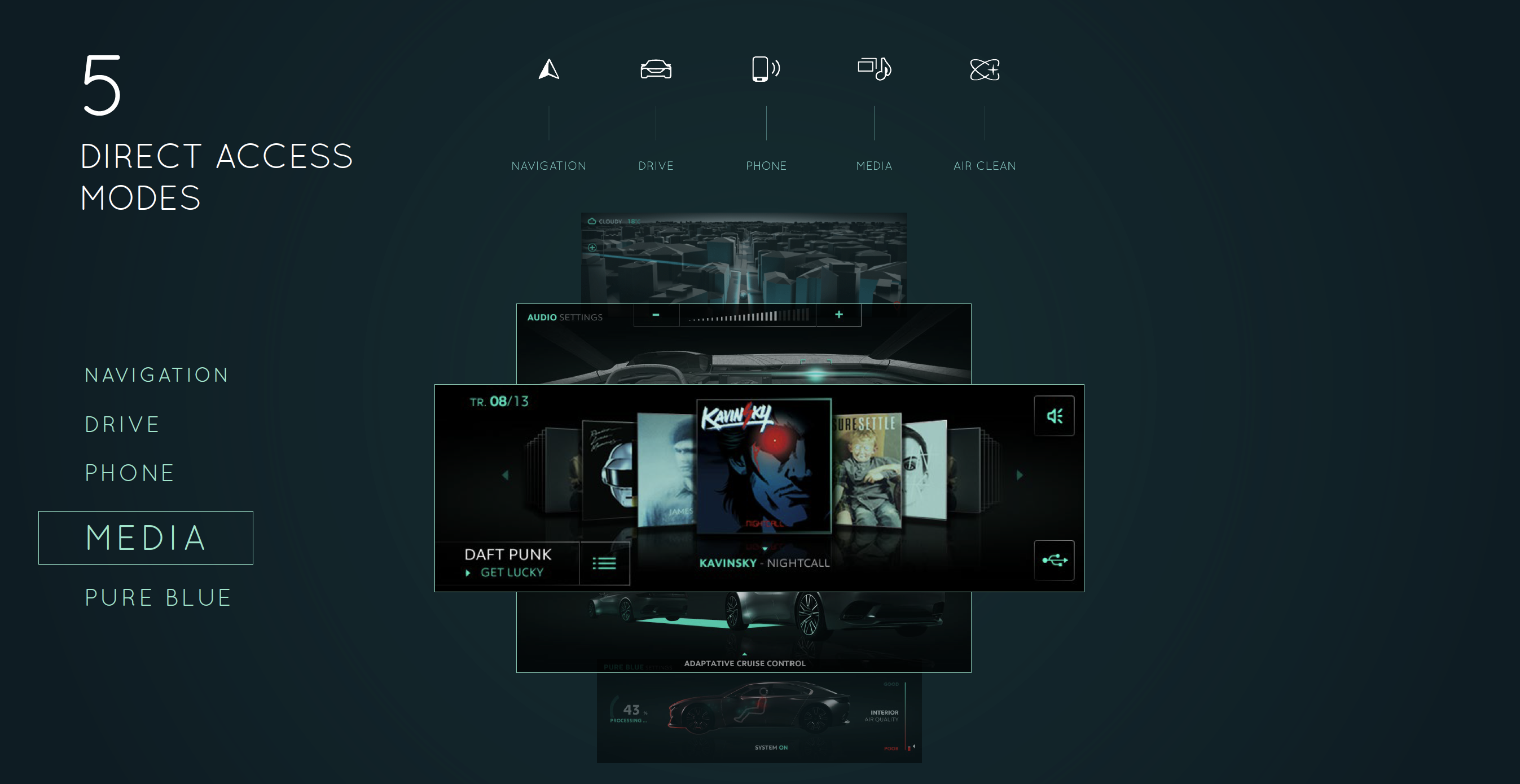 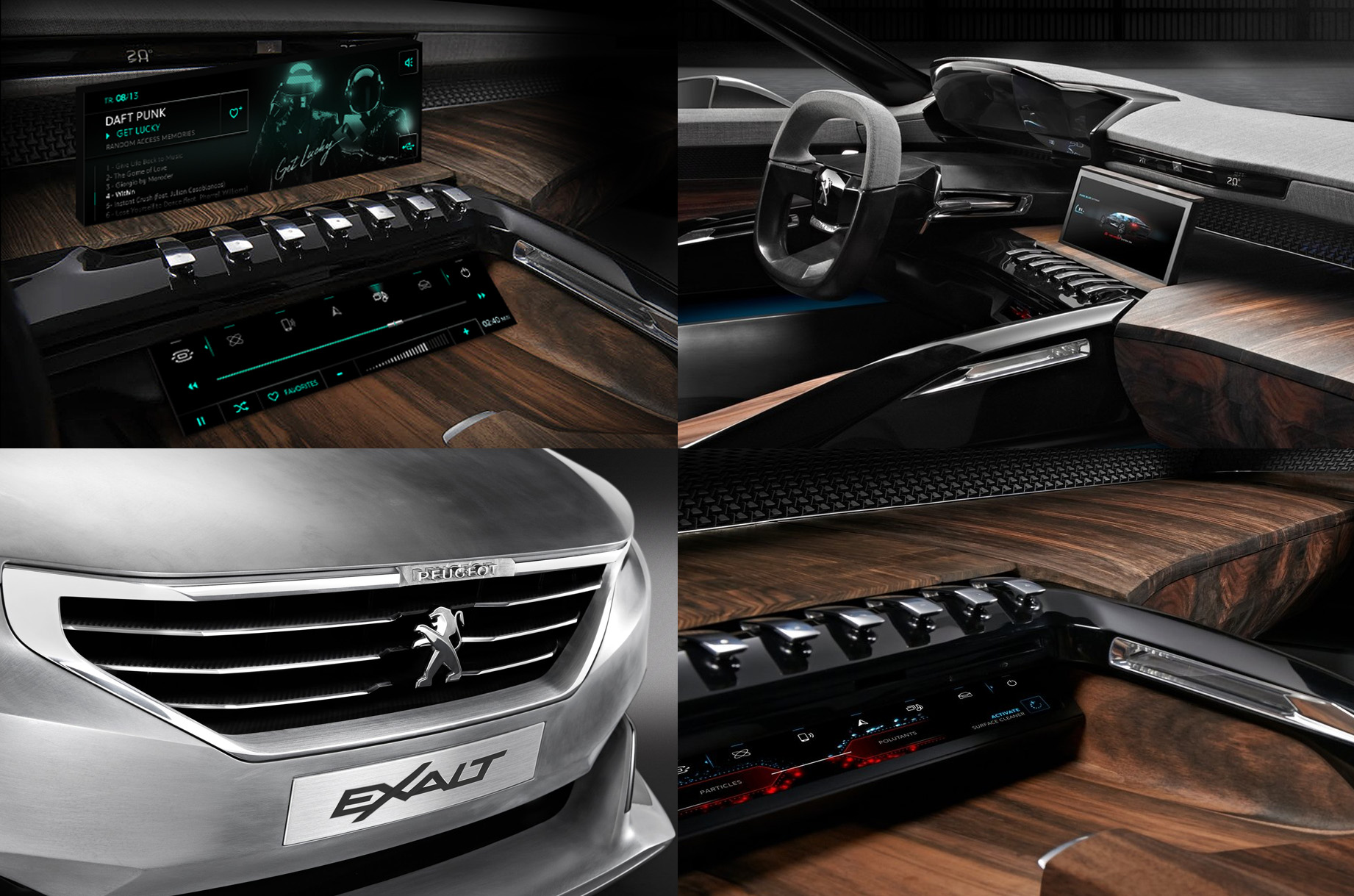